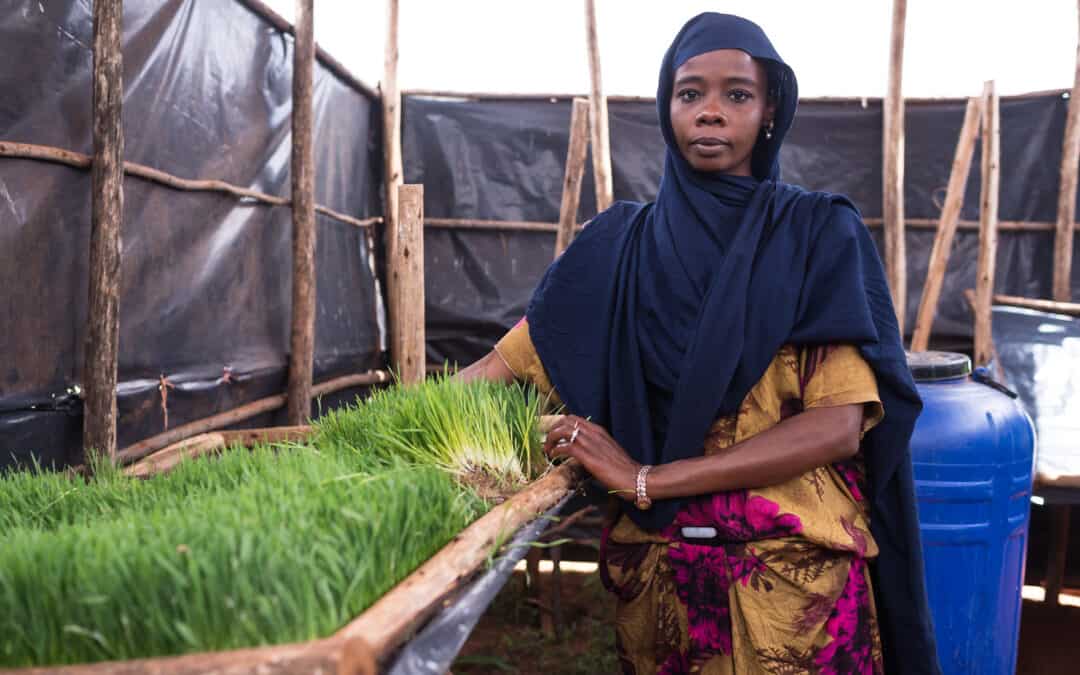 When the severe drought reached Darmi Wako Kiyo’s village and the whole of Borena zone in Ethiopia, she had to shift her focus from fodder for surplus milk production to saving the lives of her animals. Since the cattle could not get any pasture to live on, their bodily conditions started to degenerate so fast and “they became too weak even to stand from where they lied down.” Animal feed transported from central parts of Ethiopia takes too long to be distributed to rural pastoralists like Darmi, who do not have the financial resources to buy some of the feed that made it to their village.

Darmi Wako Kiyo, 30, is a pastoral woman in Mermera Kebele of Moyale Woreda in Oromia’s Borena zone. A mother of two small children, she is struggling to make ends meet in the drought affected village with her cattle finding little pasture.

Some eight months ago, Darmi received training from VSF-Suisse on growing hydroponic fodder which could help her cows give better milk yield to use for her children and sell the surplus to improve her household income. “I was one of the 60 community members trained on hydroponic production. After the training, we formed a group of five villagers and immediately started producing the feed in a shade. I never knew before we could produce fodder without soil. I learned and practically witnessed that a kilogram of seed could grow into 10 kilograms of fodder which is enough to feed two heads of cattle for more than four days.”

Following hydroponic fodder consumption, Darmi was “amazed to see” her cows giving more milk than they used to, and her group members started to make common savings from the surplus they sold in the local market. Darmi says, “We had plans to improve our household income even further by engaging in off-farm activities like petty trade.”

Darmi considers herself lucky to engage in the hydroponic production: “The grass we produce is more effective than the one we buy in uplifting our weak cattle,” she said. As a woman, “I could have wondered the rangeland in search of any pasture and my children could have suffered while I was away. Now, the fodder we produce in the shade near my house helped me to feed my cattle, while I am able to attend my children at the same time. This is a great opportunity amid the worsening drought and a future which may be unbearable,” Darmi added.