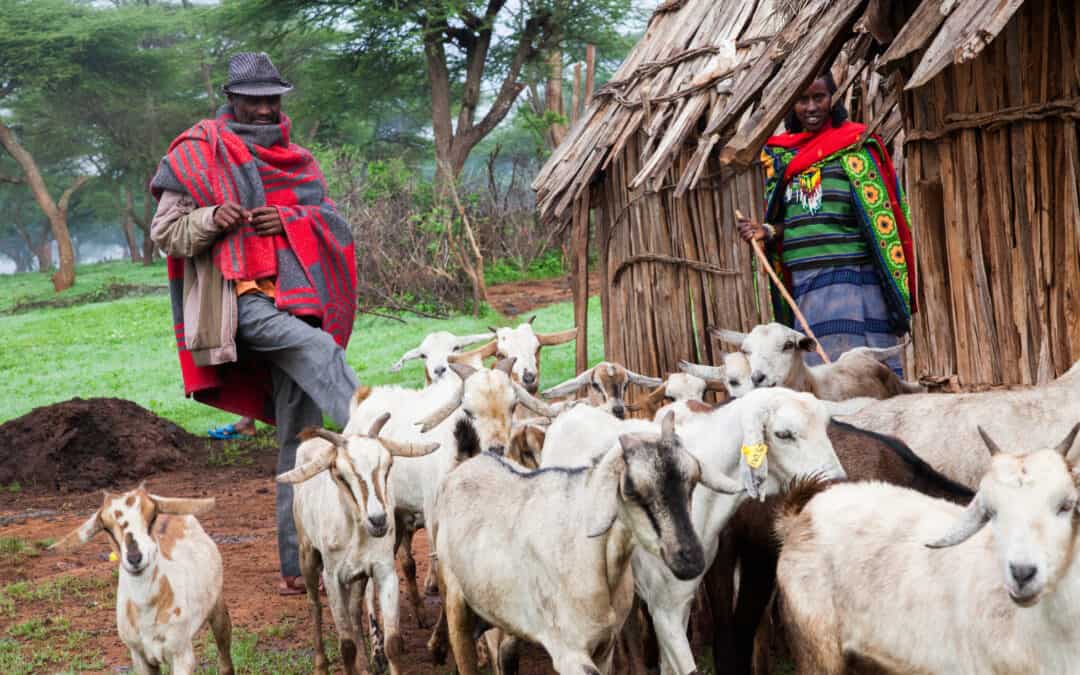 In recent years in the pastoral areas of developing countries, One Health is gaining increasing credibility and visibility as an approach that can combine interventions for both human and animals. However, relatively little attention has been given thus far to the environmental health component including of the resource base – rangelands.

Pastoralism is composed of three ‘pillars’: (i) livestock or the herd; (ii) people or the family including institutions, and (iii) land and natural resources or “the rangeland.” These three pillars are tightly inter-related. If one of these pillars falls, fails, or is damaged or compromised, then the whole system can fail or start breaking down. This is exemplified in the saying from the Mursi of South Omo Ethiopia: ‘If you use only two cooking stones and not three, you will never cook anything’. In the past, although giving attention to people and animals, development interventions including One Health usually ignored the rangelands (land and natural resources), i.e. they have been trying to cook with two stones and not the necessary three.

Healthy rangelands provide for healthy livestock that provide for healthy people. Well-functioning rangelands sustain the soil, moisture and nutrient availability for plants on which animals feed. At the same time, healthy rangelands also provide a wealth of ecosystem services such as carbon and water storage, prevention of soil erosion, and provision of a generally ameliorating environment that has a direct impact on human and animal health.

In the past, customary management of rangelands has managed to address the challenges faced in the difficult environment where pastoralism is practiced. However, with increasing pressures on land use, blockage of movement by e.g. fences or infrastructure, large-scale farms and other non-local investments, climate change and a loss of authority of traditional management institutions, rangelands are increasingly poorly or un-managed and often degraded.

As such, there is an urgent need for investment in sustainable rangeland management and restoration, based on a foundation of good tenure and governance. Participatory approaches to this are being implemented in Ethiopia and have shown the potential of strengthening the capacities of communities and revitalizing governance structures to manage and restore rangelands. Introduced as a new concept in 2010 (see Flintan and Cullis 2010), USAID has supported the upscaling of PRM (Participatory Rangeland Management) through the pastoralist-focused project PRIME ((Pastoralist Areas Resilience Improvement and Market Expansion) project which worked across the pastoralist areas of Oromia, Afar and Somali regions. A recent review of this intervention and others in Ethiopia concluded that PRM strengthens local governance institutions including the role of women in decision-making processes, the management of rangeland resources, and improves rangeland productivity.  The report of this review can be found here.

PRM is now being integrated into a One Health approach by ILRI (International Livestock Research Institute) and partners VSF-Suisse (Vétérinaires sans Frontières Suisse) and CCM (Comitato Collaborazione Medica). This combines the health of people, livestock and rangelands, and the linkages between them. This includes establishing One Health units at strategic points in the rangelands landscape where people and livestock converge. Monitoring of rangeland health using tools such as LandPKS is an important part of this. Experience is showing that this not only benefits the individual components including rangeland management, but also has combined benefits of rebuilding an integrated system that is more productive as a whole. Better integration across the human, animal, environmental interface will directly allow for better control of zoonotic diseases and will help to better tackle transboundary animal diseases through control programs. In addition, including animal health aspects in arrangement management is an important step towards the control and prevention of parasitic diseases of livestock.

ILRI would like to thank the funders of these interventions including the Swiss Development Cooperation (SDC), European Union, the CGIAR program PIM (Policies, Institutions and Markets) Flagship 5 project on natural resource management governance, the Livestock CRP Flagship 4 on environment, the World Resources Institute (WRI) and the International Land Coalition’s Rangelands Initiative. The opinions expressed here are solely those of the authors.